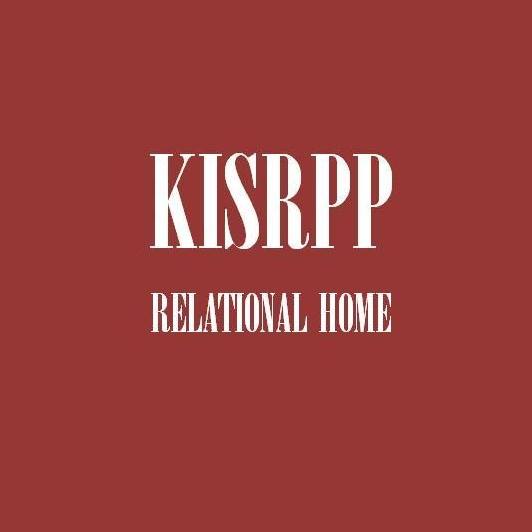 Please contact us, we will reply to you shortly
About our School


Kyiv International School of Relational Psychoanalysis and Psychotherapy (KISRPP) is a public organization registered in 2019.

The goals of KISRPP are the study, exploration and development of Relational ideas and practice in psychoanalysis and psychotherapy in Ukraine, CIS countries and Eastern Europe.

The school aims to establish a professional community of relational therapists in accordance with international standards. KISRPP has an observer status in the European Federation of Psychoanalytic Psychotherapy (EFPP) and is guided in its activities by the EFPP standards.

We invite specialists in the field of psychoanalysis, psychotherapy and counseling who are interested in relational ideas to participate in our program!

Our program is a basic course covering the key ideas of relational theory and practice.
The structure and format of training
Who can study at the school?
The course is designed for specialists in the field of mental health with a specialized education: psychologists, psychotherapists, psychiatrists.
Training structure
The duration of the course is 1 year.
Classes will be held on Wednesdays from 17:00 to 20:15.
A total of 20 lectures and seminars per year, 4 academic hours (80 academic hours).

The course participants will be provided with materials on relational literature with necessary language.
Supervision groups will be held separately from lectures and seminars during the entire training course.

Participation in supervisory groups is paid separately and is required to obtain a School certificate.
Classes will be held online on the ZOOM platform, with consecutive translation.
Tuition
The cost of training is 1150 euros per year. Payment takes place after the interview.
Registration procedure
1. Send a request for training, we will contact you shortly; 2. Fill out the CV resume form and send supporting documents for education; 3. Take an online interview with one of the project managers.
Course curriculum
The curriculum is subject to minor updates.
Thematic clusters of the course
Cluster #1. "Historical, theoretical and clinical premises of the relational turn in psychoanalysis" (12 academic hours)

Cluster #2. "Trauma and Development in a Relational Perspective" (12 academic hours)

Cluster # 4. "Gender and Sexuality in a Relational Perspective" (8 academic hours)

Cluster #5. "Group and social processes" (8 academic hours)
Teachers and supervisors
Steven Kuchuck
DSW is Editor-in-Chief of the journal Psychoanalytic Perspectives, Co-Editor; Routledge Relational Perspectives Book Series, President of the International Association for Relational Psychoanalysis and Psychotherapy (IARPP) and Board Member, supervisor, faculty, Co-Director of Curriculum for the psychoanalytic training program at NIP, and faculty/supervisor at the NIP National Training Program, Stephen Mitchell Relational Study Center, the Institute for Relational Psychoanalysis of Philadelphia and other institutes. Dr. Kuchuck lectures nationally and internationally and his teaching and writing focus primarily on the clinical impact of the therapist's subjectivity. In 2015 and 2016 he won the Gradiva Award for best psychoanalytic book: Clinical Implications of the Psychoanalyst's Life Experience: When the Personal Becomes Professional and The Legacy of Sandor Ferenczi: From Ghost to Ancestor (co-edited with Adrienne Harris). His clinical and supervisory practice is in Manhattan and he also offers individual and group consultation online.
Joyce Slochower
Professor Emerita at Hunter College and Graduate Center, the City University of New York. She is on the Faculty of the New York University Postdoctoral Program, the Steven Mitchell Center, the National Training Program of the National Institute for the Psychotherapies, the Philadelphia Center for Relational Studies, and the Psychoanalytic Institute of Northern California in San Francisco. She is the author of Holding and Psychoanalysis (Routledge, 2014) and over sixty papers. She is in private practice in New York City.
Lisa Lyons
Ph. D. is on the supervisory and teaching faculties of the Relational Track of the NYU Post-Doctoral Program in Psychotherapy and Psychoanalysis, the Stephen Mitchell Relational Studies Center, the National Institute for the Psychotherapies Four Year Psychoanalytic Program and Program in Integrative Psychotherapy, the Institute for Relational Psychoanalysis of Philadelphia, and the Chinese –American Psychoanalytic Alliance. At the Mitchel Center she is the Director of the Relational Theory in Clinical Practice program and Co-Director of the Seminar Series. As a member of the Human Rights Work Group at the NYU Post-Doctoral Program she conducts psychological evaluations of individuals applying for Asylum in the United States and fighting deportation. She has published and presented nationally and inter-nationally on the Intergenerational Transmission of Trauma, Analytic Love, Sexual abuse and Incest, Political Repression, Dreams and Reverie, Psychoanalysis across Cultures, and Integrating Relational Psychoanalysis and Dialectical Behavior Therapy. Her private analytic, supervisory and teaching practice is in New York City, Teaneck, New jersey, and in Cyber-Space.
Adrienne Harris
Ph.D. is a professor and director of the post-doctoral program at New York University for Psychotherapy and Psychoanalysis. She is a faculty member and supervisor of the Northern California Psychoanalytic Institute. Dr. Harris editor of the magazine "Psychoanalytic Dialogues" and the journal "Studies of Gender and Sexuality". In 2009, Adrienne Harris, Lewis Aron and Jeremy Safron founded the Sandor Ferenczi Center at New School University. She is co-editor of Book Series Relational Perspectives in Psychoanalysis. Adrienne Harris is editor of the IPA electronic journal psychanalysis.today.
Stephen Seligman
Clinical Professor of Psychiatry in the Department of Psychiatry and Behavioral Sciences at the University of California, San Francisco, and at the New York University Postdoctoral Program in Psychoanalysis; Training and Supervising Analyst at the San Francisco Center for Psychoanalysis and the Psychoanalytic Institute of Northern California; and Editor Emeritus of Psychoanalytic Dialogues. He is the author of Relationships in Development: Infancy, Intersubjectivity, Attachment (Routledge, 2018), which has been now been translated in Italian and Spanish, and co-edited of the American Psychiatric Press' Infant and Early Childhood Mental Health: Core Concepts and Clinical Practice. He worked for over 3 decades in the development and dissemination of the original "Fraiberg model" of infant-psychotherapy. He has authored nearly 100 papers, chapters, reviews, and other publications. He is also associate editor of Studies in Gender and Sexuality, and was a member of the founding executive board of the Journal of Infant, Child and Adolescent Psychotherapy.
Donnel B. Stern
Ph.D. is Training and Supervising Analyst at the William Alanson White Institute in New York City; Clinical Consultant and Adjunct Clinical Professor of Psychology at the NYU Postdoctoral Program in Psychoanalysis and Psychotherapy; and faculty at the New York Psychoanalytic Society and Institute. He is the Founder and Editor of a book series at Routledge, "Psychoanalysis in a New Key," which has 70 books in print and another 20 in various stages of completion. He is the former Editor-in-Chief of the journal Contemporary Psychoanalysis. He has published many articles and book chapters, and four books: Unformulated Experience: From Dissociation to Imagination in Psychoanalysis (1997); Partners in Thought: Working with Unformulated Experience, Dissociation, and Enactment (2010); Relational Freedom: Emergent Properties of the Interpersonal Field (2015); and The Infinity of the Unsaid: Unformulated Experience, Language, and the Nonverbal (2019). In the near future a new book will appear: Fieldwork: Transaction and Transformation. He is the co-editor of four books: Pioneers of Interpersonal Psychoanalysis (1995), The Handbook of Interpersonal Psychoanalysis (1995), The Interpersonal Perspective in Psychoanalysis, 1960s-1990s: Rethinking Transference and Countertransference (2017), and The Interpersonal Perspective in Psychoanalysis, 1980s-2010s: Evolving Interest in the Analyst's Subjectivity (2017). He serves as Associate Editor of Psychoanalytic Dialogues and The Journal of the American Psychoanalytic Association, and is a member of the editorial boards of Psychoanalytic Inquiry, Psychoanalytic Psychology, and The Psychoanalytic Quarterly. He is in private practice in New York City, where he sees adolescents and adults in psychoanalysis and psychotherapy, does clinical consultation, and leads private study groups.
Alena Chukanova
Psychoanalytic Psychotherapist of the UCPP Registry (Training Analyst), Leader in KISRPP, Member of the International Association for Relational Psychoanalysis and Psychotherapy (IARPP).
What is Relational psychoanalysis?
The Relational perspective has developed in the United States at the eighties. The leading thinkers were influenced by various psychoanalytic traditions: Interpersonal psychoanalysis, self-psychology, Fairbairn, Winnicott and object relation's thinking.

In addition to various psychoanalytic influences, we can also trace social and philosophical influences such as the feminist movement, hermeneutics and babies' research. Relational therapists share assumptions about the development of the psyche. However, the relational approach proposes a perspective and not a theory.

It was developed by a group of thinkers and not by a sole figure:

Stephen Mitchell was one of the main establishers of the Relational movement, Lewis Aron who passed away last year and was a significant contributor to the development of ideas like mutuality and the analyst subjectivity. Jessica Benjamin discussed "Mutual Recognition", Phillip Bromberg contributes to the understanding of trauma and self-states and Beatrice explores the origin of Intersubjectivity in babies are important figures as well. Intersubjective writers are Robert Stolorow, George Atwood, Dona Orange wrote about Intersubjectivity already in the seventies and pioneered the understanding of two-person psychology.

One of the relational perspective core features is the notion that psychic structure derives from the individual's relations with other people and the approach is affiliated with "Two person" psychologies. The concept of the social mind is an alternative to the classical view that innately organized drives and their developmental vicissitudes are, at root, the basis of psychic structure.

Relational psychoanalysis is potentially fraught with dialectical positions and struggles to integrate them: the real and imagined relationships, the intrapsychic and the interpersonal, the individual and the social, the conscious and unconscious.

The relational approach rejects the idea of the objectivity and neutrality of the analyst. It holds that the therapist's subjectivity is "insurmountable" and moreover, it's essential for the psychological growth of the patient. Every analytic dyad forms mutual conscious and unconscious influences which are explored in the analysis. This is not to be confused with mutual analysis or symmetrical analytic relationships.

Another important assumption of the relational perspective is that Hermeneutics replaces the notion of "truth"; There are multiple truths at every certain moment co-constructed by a specific analytic dyad rather than revealed.